I am ill.
being ill is shit.
when i want to sleep i can't and when i can't sleep i want to.
when theres food in front of me i don't want to eat but when none is available i am hungry.
when i take my jacket off I'm cold but when i put it back on again its too hot.
i feel like shit.
i want to go home.
i am half dead.
can you make me a cup of tea?
where are the tissues?
can you get me a boost?
i think most of my brain has come out of my nose...

These are just some of the things i have been saying on a regular basis over the last 2 days.
but as we all know the best known cure for illness is to complain relentlessly about it but take no real action against it.

Here are some things that are good at the moment.

First and foremost this 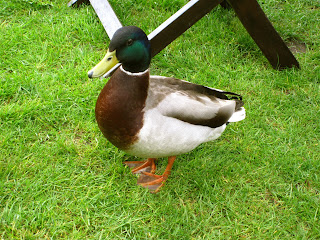 As you can see this is a particularly handsome duck.
iv got a lot of time for ducks which is why i photographed this particular one.
Secondly these 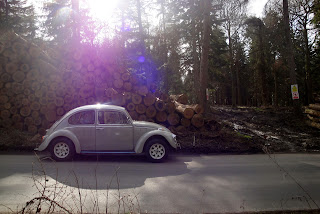 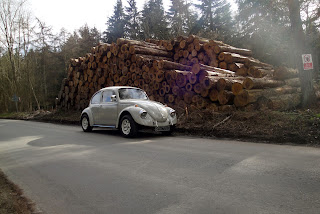 This is my car next to some rather striking logs.
As I was aimlessly driving about one of the more foresty bits of the area in which I live (which is something I do now because I'm sad) I saw these next to the road and decided it would be a nice place to take a photo.
such a nice day!
can't wait for the real summer to arrive!
Posted by gG at 11:01 1 comment:

Where the devil are you?

So..
blog, blogg, blogging.. yes.
Well it has been a while since i last made a pointless addition to this largely un noticed collection of rants and events that have fallen out of my brain and into this computer but i feel now is the time to break the drought of writings and spill some more poorly thought out and dramatised drivel onto the web.
the thing that has provoked this is that something has got me thinking, that something is stats.
not the complicated mathematical kind which often succeed in preventing me from thinking but the stats that are related to the viewing figures of a blog, namely this one.
now i don't have many readers (feel special) but as it happens the majority of the people that visit this blog seem to live in countries that i can't even name (the one below england that isn't ireland?) (and that one near america?.. unless that is america) and it got me thinking because i have now realised that most of my audience does not intact speak (or indeed listen) english.
so is there any point in the words to this?
perhaps the only way to blog is with pictures (plog?.. nah thats shit)
so yeah
if you speak english let me know
if you don't just enjoy the visual delight that is 'pills' 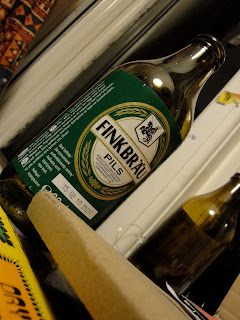 I am reaching the final furlongs of the distance based analogy that is to be my room restoration and its looking good!
the paint is on the walls and the carpet on the floor as is conventional but now there is a massive beatles painting and a lovely homemade table to enjoy!

i will now stick on some photos of what went down..

which subsequently became this... 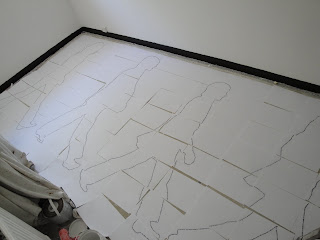 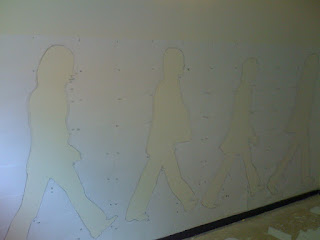 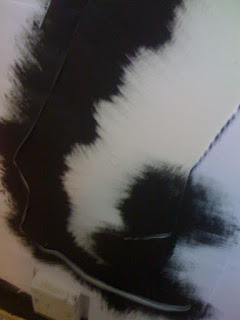 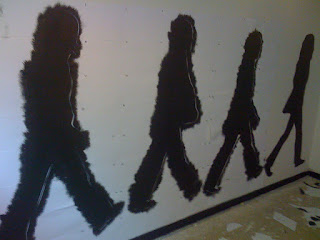 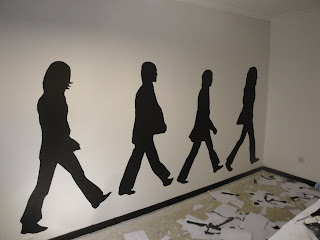 which is all very well but where is all the stuff to go? i hear you say, well...
i went to wicks an got some of this... 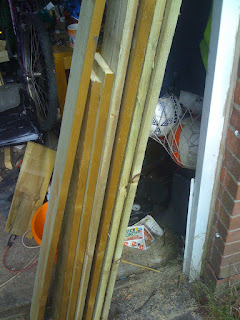 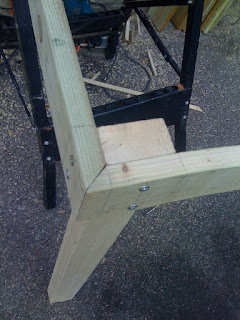 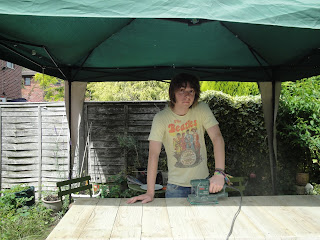 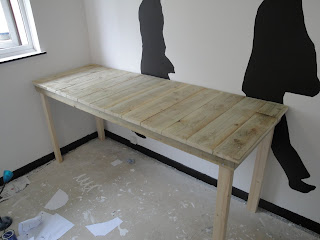 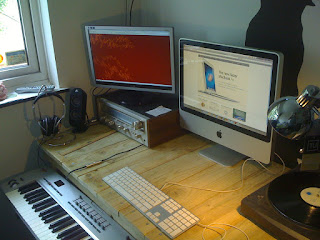 which i think you will find is a fucking good setup.
there is a lot more to come so hold tight people this is happening! / has already happened and is yet to be photographed.
Posted by gG at 18:00 1 comment:

Get back to the jungle, if that is your real address..

as you all know my good friends at apple from whom i buy all my stupid electrical toys have released a new version of the trusty platform that is (was) OSX and it goes by the name of LION.
and as you also may have gathered it has mildly irritated me.
just like the 'king of the jungle' lion is not exactly what its made out to be, lions don't actually live in the jungle and should really be called king of the savannah and OSX lion is really OSXI but they just call it that to seem cool, but details asside is this fancy new operating system a zebra in lions clothing?
i like OSX, i really do, i like the simplicity of it and the way that it doesn't try to be too clever or pretend to be something it isn't but instead it simply sits there in the background and allows everything to work.
now i am aware that some aspects of any computer can be a bit baffling to some people, and the people i am talking about are of corse the old people and the young people, both of whom annoy me for very different reasons but we won't go there (today).
what i am actually talking about is that 'o so familiar' layout that a computer has, the little boxes with things in that stack up on top of each other, the 'desktop' (whatever thats suppose to mean) and the humble web browser that simply displays the information you want and nothing more.
now to me these are basic instincts, i know how to use it because its always been like that and thats what they had at school and thats how it has always been, but no? now i have 2 no 3 'desktops?' whats this? am i suppose to open every window in a new desktop? thats just silly! you don't get a new table to put your cup of tea on while your reading a book you just move the book and put the tea down on the original table.
things like this do annoy me because it looks like change for the sake of change. i expect someone has been paid (handsomely) to sit down at a perfectly good computer and dream up some mad features he and his colleagues can shoehorn into it.
i mean a lot of it makes pretty logical sense, and that annoys me even more because i thoroughly approve of logic and sense, those are 2 of my favourite principles but this docent make sense to me! because i am so used to things that make little or no sense i find the logical and sensible layout and interface bonkers and stressful.
this point is illustrated very well by the 'natural scrolling' feature which climates the scroller bar which was made up by a boffin years ago and made no sense at the time and it has been replaced by a motion to simply push the page up or down just as you would a piece of paper. but it isn't a piece of paper is it. if i wanted a piece of paper i wouldn't have forked out for a fucking computer would i. computers work like computers and bits of paper work like bits of paper. thats just the end of it, id be pissed off if staples offered me an anti virus and some update software with my pad of paper and i am equally annoyed that my computer has offered me 'page turn navigation' on my web browser, its just trying to become a pen and paper again but thats exactly what we left behind years ago! you wouldn't like it if your car made foot step noises so it sounded more like walking would you, because a car is different to walking, walking is mainly for enjoyment and occasional light commercial use whereas a car is for commercial use or technology based entertainment, this is the same for computers and books, books for enjoyment and occasional use for study and the computer is for proper work and entertainment like films etc. i don't want them combined!
im not sure what the point I'm trying to make here is but all i know is iv only got one desk in my room and i currently seem to have 3 on my computer..
Posted by gG at 16:38 No comments:

Elephant in the tent

So..
as we know there is much taboo associated with 'alternative living conditions' most of which cannot be discussed for fear of causing offence however i feel the need to address the elephant in the tent ,caravan or canal boat because i think this is a perfectly reasonable way to live.
i must explain my motives for this as under normal circumstances i do live in a house so making such a statement would be like being told "were all in this recession together" by a privately educated multi millionaire named dave.
but yes as i was saying i am currently living in a tent owing to the fact my room is currently a building site complete with old radio, carcinogenic dust and very slow worker so i am currently measuring a solid 9 on the gypsy scale but to be honest i don't care!
if anything the tent has been a welcome change.
not only does it offer ample shelter from the glorious british summertime but it also offers a mildly amusing talking point to bring up in conversation at random for instance, "ah mann, it was so windy last night" "yes i thought my tent would blow away" "you live in a tent?" "damn straight..."
etc etc.
i think this unreasonable taboo should be stamped out and people should embrace the idea of alternative housing methods, after all northern rock cant reposes your tent.
Posted by gG at 16:01 1 comment:

Email ThisBlogThis!Share to TwitterShare to FacebookShare to Pinterest
Labels: tent

so...
i have decided to direct my attention to the increasingly squalid conditions in which i live and re decorate my room.
this seemed like a good idea some 2 weeks ago and still does deep down while im sanding away at the ceiling with the power sander and inhaling what is almost certainly carcinogenic dust as it falls in vast quantities from the ceiling.
truth be told i should have listened to fat john when he said in his infinite wisdom "plastering ceilings is very difficult" and yes i should have listened to the man in jewsons when he said in his learned opinion "plastering ceilings is a bitch of a job" but no. in my arrogance i blundered through and 2 weeks and 12 litres of 'b&q plaster repair and skim' later and where there once were horrible artex stalagmites there is a lovely smooth ceiling.. well pretty smooth.
next on the engender is choosing a colour. this sounds easy but turns out to be a lot more difficult that you'd think.
i wanted green and white because i like those colours however you cant just go in to the shop and have a 'tin of green' no, they have some lovely lime zest 4 or you could have some forest fern 6? or maybe if those don't take your fancy a splash of kiwi dive 2 can never go a miss....
this is insane! even white isn't a simple process, theres hessian white, creme white , rum white, kiwi white and i could easily go on so i will lemon zest white, lime white, aqua white blah blah blah.
as you may have realised i am obsessed with perfection with these kind of things so it will undoubtedly be a masterpiece when i do decide on a paint but seeing as the ceiling has taken 2 weeks i shudder to think how long my ambitions plans of an insane desk with computer screens rising up from it will take.
Posted by gG at 13:13 No comments: